Intercession: For the father whose child died with his cooperation and consent: that the Lord grant him the grace to repent and be reconciled with God.

Our Father, 3 Hail Marys, Glory Be

Reflection: Today’s memorial of St. Sebastian, the famous martyr and patron of athletes, lived his faith courageously in the midst of intense Roman persecution. St. Sebastian’s life reminds us that even in the midst of threats to the faith, a life lived and died in Christ is the ultimate witness—one that changes others. The wedding feast at Cana, described in today’s Gospel, recounts the first miracle Christ performs, changing six stone jars of water into wine. At the request of his mother, Jesus takes up the ordinary substance of water and turns it into something extraordinary—choice wine for the wedding guests. Our life, too, is changed into something extraordinary when given over to Christ. We trust that He always gives us what we need. Today we bring to him our desire to uphold human life, and entrust everything to him, through the intercession of his mother. We can be certain that he will bless all our efforts with success.

Acts of Reparation (choose one):

Did you know? Four out of ten men whose partners had an abortion experienced chronic post-traumatic stress disorder (PTSD) symptoms, occurring on average 15 years after the abortion. Among these men, 88% had feelings of grief and sadness, 82% had guilt, 77% felt anger, 64% anxiety and 68% isolation. The full article is here. 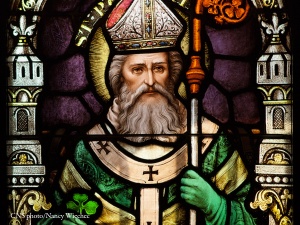